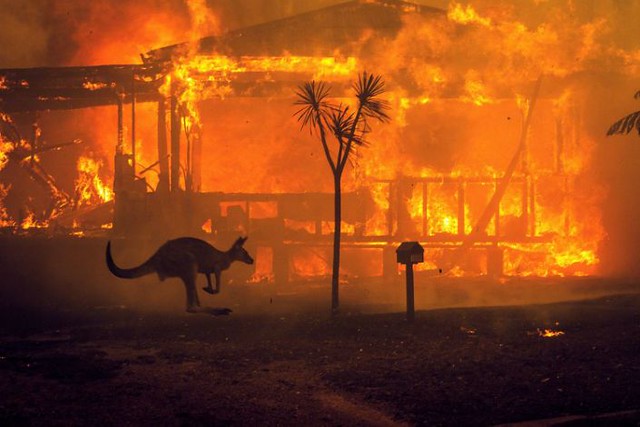 The situation in Australia is devastating due to the ferocity of the fires that are raging across the country. Here we will take a tour of the data of this forest crisis.

Australia has declared an exceptional emergency due to the wildness and magnitude of all these fires that are raging across the country. It is so big that the smoke is already starting to reach South America.

The fires had already burned more than 10.3 million hectares, land equivalent to the entire Perthshire region, and continues to grow as there are 130 active outbreaks still working on 2,300 firefighters.

27 people have died and more than a billion animals have been affected where a third of them are koalas. Besides 10,000 camels are going to be slaughtered because they are consumers of water and it is a scarce commodity.

Furthermore, the dense layer of smoke is covering cities like Sydney or Melbourne, making the air unbreathable for several days.

The main causes of the fires are the extremely high temperatures, about 40.9 degrees on average, this season; Furthermore, this is the second driest year since records exist.

The image of a koala drinking directly from the bottle offered by a firefighter is touring the world. A video that reflects the dramatic situation in Australia with the more than 100 fires that have been declared in the country.

The video of the rescue of a baby kangaroo in the fires in Australia has gone viral. The person in charge of spreading them has been Sam McGlone, a volunteer firefighter, who saw the baby go to the flames and did not hesitate to go after her to save her life.