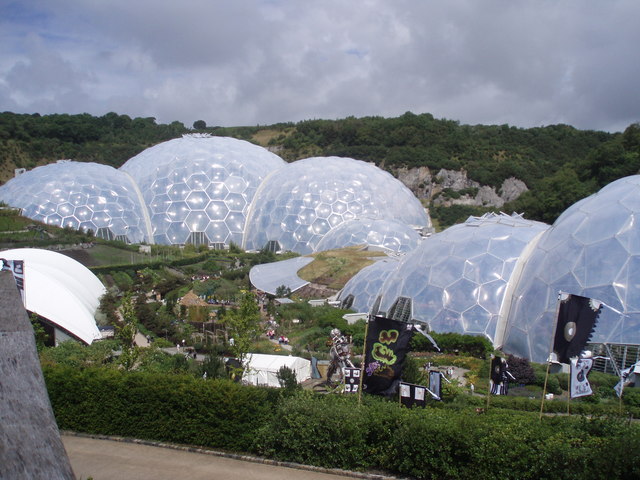 I want to make a pause in our travels to talk you about this exciting news: as if it were a living library, a total of forty coastal redwoods have been planted in Cornwall, a region southwest of England as a part of the Eden Project – an environmental complex inspired by nature and sustainable development.

This will be the first time that a “forest” of this species of gigantic-sized trees from North America will grow in Great Britain. It is expected that by 2050 these species will have already risen to 25 meters high and will not stop doing so in later years, leaving a legacy of one of the longest living beings that inhabit the planet.

As we know, coastal redwoods, better known as California redwoods, are the tallest living things on Earth and can growth of up to 115 meters high. And, on the other hand, they are also the most long-lived, since their life expectancy ranges between 2000 and 3000 years. However, many of them are being damaged by wood industry over the last 150 years at the same time as many other specimens that still inhabit the forests of California and Oregon are being seriously threatened due to droughts and fires.

The reason that brings these species to European soil is the so-called Eden project, a project carried out between Eden and Michigan-based Archangel Ancient Tree Archive (AATA), designed to preserve trees for future generations.

“This project will become a unique collection of the tallest living beings on Earth. Redwoods will remain in Eden for, we hope, for thousands of years to come. ”

From California to Cornwall

For the plantation, carried out by the experts of AATA, two kinds of cuttings were brought: some were from sequoia trees in life and another from stumps of large trees that had already been cut down. These were cloned to obtain new samples, and from there, they were sent to Cornwall.

Among the cloned specimens, 10 were stumps from a famous sequoia in northern California that had been cut down in 1890 and was already 3,500 years old. If it had not been cut down, it would probably have been the largest tree in the world today. And, among the missions of AATA, is to proliferate the most important centenary trees in the world before their disappearance, as well as to archive their genetics and reforest the Earth with their offspring.

Tree samples arrived in Cornwall a year ago and, since then; they have been growing until they have now become strong enough to be planted. This will be a space that will undoubtedly become a new natural point of reference for us and for centuries to come.

One thought on “The Eden Project: Sequoias in England”